While it’s easy to make mistakes and risk damaging your amp, I’ll cover everything you need to know before you get started.

What is bridging an amp

The term “bridging” refers to the process of combining and/or consolidating a pair of channels in an amplifier. This reduces the resistance load or impedance of the amp (measured in Ohms).

This is a very common process, especially when it comes to sound systems with subwoofers. If you’re replacing or upgrading your car’s sound system and need to figure out how to hook it up, you’ll probably need to bridge an amplifier at some point.

What does bridging an amp do

When you bridge an amplifier, you combine a pair of channels into one channel configuration with half the resistance load (Ohms). This means you can pump almost twice as many watts to your speaker.

Increasing your power output kills two birds with one stone. It both makes your sound system pack a bigger punch and allows you to save money by not needing as many amps.

How does an amp make more power when bridged?

In technical terms, this increase in power has everything to do with Ohms. With a bridged amp, you’re using lower impedance to drive higher impedance, maximizing your voltage transfer.

Most amplifiers have two channels. When you bridge these channels, what happens is you give both channels the same audio signal with the polarity of one channel reversed.

By having one channel’s polarity reversed, you can double the voltage you’re able to power the amp with. Basically, this means that your speaker will resist less voltage when you power it up.

There are a few things you should know before you bridge. This is because there are both benefits and drawbacks to bridging, as well as the risk of damaging your amplifier if done improperly.

One of the major benefits of bridging is that it saves money and space. This is because, since both use the same power source, you don’t need a DC-blocking capacitor.

That being said, a bridge amplifier operates in mono mode, meaning a stereo speaker becomes a mono speaker. So, in order to get stereo sound, you’ll need a second one.

This, of course, is no issue if you’re using a subwoofer. That’s the most common reason people bridge a car amp, so you’re most likely not going to worry about that anyway.

One drawback of bridging is that occasionally an amplifier can fail to supply the right amount of current because of the reduced impedance. This results in harsher mids and highs, increasing the risk of distortion.

One way to avoid this drawback is to make sure you have top quality equipment, as some amplifiers actually thrive when bridged and running in monoblock. In these cases, it becomes a big benefit because it increases quality significantly.

Risks And How To Avoid Them

As with any electrical project, there are a few risks you run when opening up your equipment and tinkering with it. Luckily, once you’re aware of these risks, they’re easy to avoid.

The most important thing to do is make sure the amp says it can be bridged. This is something you should be able to find in the documentation that came with the amp or on the unit itself.

Don’t let your amplifier run below its minimum stated impedance (Ohms). Since your amp’s impedance is halved, you run the risk of overheating it if this happens or if the unit isn’t designed for it.

Another risk you run if you bridge an amp that doesn’t say it supports it is bridging one that’s already bridged. There’s the possibility that your amp is bridged internally already and you shouldn’t double up on that.

You also need to double check the speakers you’re going to use a bridged amplifier to power. If your amplifier can handle it but your speakers can’t, you run the risk of blowing your speakers with that new power output.

Check out these great amps – perfect for bridging! 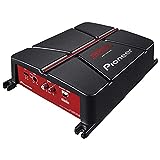 How do you bridge an amp

Now that you’ve double checked your amplifier, let’s get into the actual process of bridging your amplifier. Most commonly, people bridge a 2 channel amplifier for a subwoofer, so that’s the example we’re going to use here.

Get Familiar With Your Amplifier

First thing’s first: locate the terminals on your amplifier. On a 2 channel amp, there’s four of these.

The two channels are the left channel and the right channel. Each of these has two terminals: a positive terminal (+) and a negative terminal (-).

Take the positive wire and negative wire that are coming from your subwoofer. We’re going to connect each wire to the appropriate positive and negative terminals in order to complete the process.

The key to success here is having signal in both the right and left channels of the amplifier while connecting it to one subwoofer. This is actually an extremely simple process.

Unscrew the screw on the R (+) terminal and place the positive speaker wire between the top and bottom portions of that positive terminal. Screw the screw back into place tightly to secure it.

Then, unscrew the screw on the L (-) terminal and place the negative speaker wire between the top and bottom of that negative terminal. Screw the screw back into place tightly to secure the wire.

Is bridging an amp better?

The short answer? Yes and no.

This is because of those benefits and drawbacks I mentioned earlier. There are plenty of situations in which bridging can have a positive impact on your sound system and some where it doesn’t.

If you have the proper amp for it and a quality sound system that’s ready to pack a bigger punch, it is definitely better. Especially if you’re short on space, since it means you’ll ultimately need less gear.

If your amplifier isn’t designed for bridging or if you can’t afford an amplifier that will consistently supply the right current, you probably shouldn’t bridge. If you do, you’ll run the risk of actually lowering your sound quality.

Can you bridge a 4 channel amp

Because you have twice as many positive and negative terminals, a bridged 4 channel amp connects to two speakers rather than one.

As you can see, all you have to do to bridge a 4 channel amplifier is duplicate the process of bridging a 2 channel amp. Simply use the extra two channels for a second speaker.

How do you find your minimum speaker load (Ohms)?

Figuring out your minimum speaker load in Ohms is very important when approaching the task of bridging an amp. Sometimes this is stated in an easy to find place either on the amplifier itself or in the included documentation.

If you aren’t positive or your amp and its manual don’t say, that’s probably because minimum speaker load is fairly standardized. A typical 2 channel amp has a 4 Ohm resistance load, as a general frame of reference.

How do you set the crossovers on a bridged amp?

Most car amplifiers these days come with built-in crossover features. These are manually adjustable, which is something you’ll want to do, especially with a subwoofer.

First, you’ll want to set the crossover to use the low-pass filter, or LPF. Then, for starters, set the LPF dial (if you have one) to the highest setting.

In order to get the sound you want out of your system, play something that contains the amount of bass you typically listen to. Use this as a frame of reference as you turn the low-pass filter dial gradually down.

What you’re looking for here is the setting where you hear almost none of the vocals or highs. If you aren’t sure, using a setting of 80 Hz or lower is a pretty good starting point.

If need be, you can adjust the gain afterwards. Do this when the volume of your stereo is turned up to get the exact sound you’re looking for.

Can you bridge an amplifier with bridging built in?

There are a few solutions if you want to bridge an amplifier that doesn’t already have bridge mode. The easiest solution is to get ahold of an older electronic crossover or a cheap crossover with a bridge or monoblock feature.

With the older electronic crossover, all you have to do is make sure it has an adjustable phase for each channel. Then, you simply set one of the two channels to be 180 degrees out of phase, thus simulating bridging an amplifier.

There are a couple of other ways to bridge in this situation, but they aren’t as practical. You could either build your own bridging module, or you could find an older module online.

Those two ways aren’t as practical, though, unless you have the right experience and the right tools. My recommendation would be to either stick to an amplifier with bridging built-in or, if you can’t, try to get your hands on an electronic crossover.

Setting up a new sound system in your car or upgrading an existing one can be a fun project. Thankfully, even though there’s a lot of technical information involved, it’s usually pretty simple, too.

If you’re working with a good amp and need to save some space, you’re probably going to run into a situation where amp bridging makes sense. Alternatively, if you’re upgrading on a budget or want to do something as modest as just adding a subwoofer, bridging an amplifier might be the solution for you, too.

It’s a good practice with good results, especially in the realm of car stereo systems. As long as you’re informed and know your amplifier, amp bridging is a breeze.

Related Article: What are tweeters and what do tweeters do? 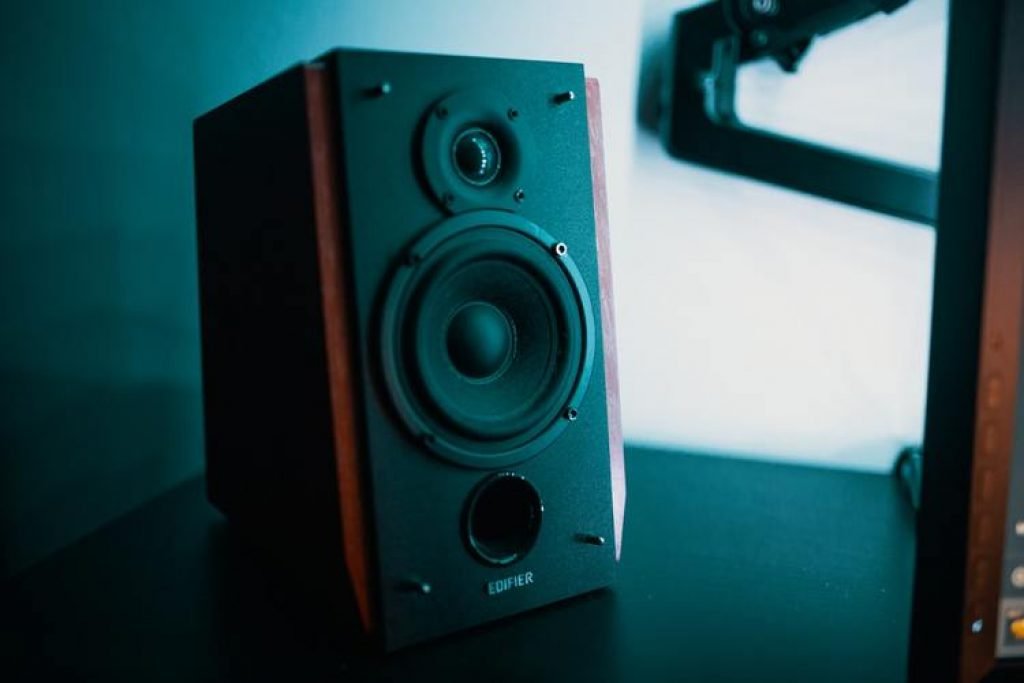 1 thought on “How To Bridge A Car Amplifier: explained with guide”