An amplifier is a central part of your car’s audio system and one of the first things you should consider when making sound system upgrades. Supplying your speakers with an appropriate level of power and delivering quality sound are the amp’s main jobs.

Today we’re going to look at a 4 channel amplifier I have, that I really like and see a lot of people rank highly: the Alpine MRV-F300. It’s a well-rounded Class D amplifier that won’t cost you an arm and a leg. In this article, I’ll go into more detail about why I like it, what it comes with, and how to install it.

I like the Alpine MRV-F300 for a number of reasons, chief of which is the fact that it gives you so much bang for your buck. It’s made with Class D technology to give your system consistent power at upwards of 80% efficiency or better, which is much more than Class A and B amps provide. It looks great, runs well, and has a compact profile which is good if you’re tight on space.

At a glance, the Alpine MRV-F300 has a sleek look and is incredibly lightweight despite its sturdy build. Even though it’s a Class D amplifier, it’s well put-together and doesn’t have any of the construction flaws I’ve seen on other amps of the same class.

The amplifier itself is encased in a great-looking dark, brushed metal. This contributes to how solid the build feels and is despite the fact that it weighs less than five pounds. The blue light on the top illuminates when it’s powered on, which is a nice touch and makes it easy to see if you’ve hooked everything up correctly.

What I like most about the MRV-F300’s appearance, though, is its low profile. Alpine uses a specific kind of technology in their circuit boards called Surface-Mount Technology, which allows them to put more into a smaller package. This means the amp’s compact and lightweight for the amount of power and sound quality it pumps out, much more so than most other Class D amps.

The specific dimensions of the amp are 7.875″ x 6.5” x 2.1875” and it weighs just under five pounds. That makes it small enough to fit under a seat if you’re not mounting it on a separate amp board in the rear of your vehicle or if you’re just running out of room in your build.

All of the connectors are clearly labeled and use star head screws to hold wires in place. Star head screws give you a much better grip on the screw – which gives you a better connection on the wire- than standard flat head screws do. An 8-gauge power wire is recommended and fits nicely inside the circular power connectors.

A nice feature Alpine has added is the way the protective end caps snap on and off. If you worry about the risk of shorting, the end caps are very easy to take on and off so you can protect your connections sufficiently no matter where you mount your amp.

The front and rear are both bridgeable, a harness for speaker-level inputs is included, and it has two pairs of RCA jacks. This means it hooks up to the majority of head units, so you won’t have to go out and buy external converters.

Here are the technical specifications for the amp I’ve gathered both from the manual and the amplifier itself:

And here’s what’s in the box:

Class D amplifiers are relatively new in the car audio world and there are some really great features Class D amps have that the old standard Class A and B amplifiers don’t have.

The most notable place that Class D technology differs from A and B is in terms of efficiency. As I noted earlier, this amp can push 80% efficiency or better, and that’s because of the fast-switching technology inherent to Class D amps. It’s entirely possible for your amp to hit 90% efficiency, which is significantly more than the roughly 50-60% efficiency a Class A or B amp would have.

What this means is that you have way less power wasted, which has two major benefits. The first, of course, is that you end up needing a smaller power supply, which allows for smaller amps like the MRV-F300 to slip into tighter spaces. The second is that they don’t run as hot because there’s less power being wasted and then given off as heat.

There is, however, one minor drawback of Class D technology. The amount of baseline noise (the hissing noise you hear when you turn up the gain) is a little higher. That being said, Alpine has done a great job by doing their own engineering to prevent as much of that as possible while avoiding distortion.

As with any product you’ll find on the market, the Alpine MRV-F300 has its pros and cons. While I definitely like this amp a lot, I would be remiss not to mention both the good and the bad.

Overall, I’d say that the pros definitely outweigh the cons here. For the versatility this amp provides at a very decent price point, some of those cons are definitely very minor drawbacks.

This amp is a breeze to install with its compact design and screw mounting, allowing you to install it with typical installation pretty much anywhere. For your installation, you’re going to want to pick up an amp wiring kit, as the MRV-F300 does not come with one of its own.

If you’re tight on space or installing it in a tricky place, this amp is a great choice. It’s small, won’t heat up much, and is lightweight. That means you can squeeze it into tight spaces or even mount it with industrial strength velcro without having to really worry about the adhesive breaking down from the unit heating up (though I would always recommend going with a traditional installation whenever possible).

With the end caps it comes with, installation looks professional and finishes nicely. If you’re installing it under a seat, though, make sure you have a small screwdriver on-hand so you can access the mounting tabs easily, as they face inward and don’t have an option to be reconfigured.

Summary for the Alpine MRV-F300

The Alpine MRV-F300 amplifier is a great amp at a good price point. You won’t break the bank picking this little powerhouse up for your system, and it even plays nicely with factory stereos. I like it because of its versatility and overall quality both in design and the sound it pumps out. While it does have a drawback or two, I think the MRV-F300 is definitely an amp to look into.

This is especially true when considering how Alpine has engineered their amp’s Class D technology so they can maintain a sleek look and ensure the amp still runs a low profile. There are no real tricks to installing it with the way it’s designed, and it looks great wherever you end up mounting it. Overall, I’m definitely satisfied with this amplifier and would recommend it if you’re looking for a good Class D amplifier to add to your system. Head over and take a look at the many great reviews this amp is getting on Amazon 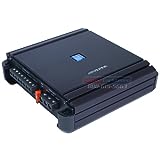 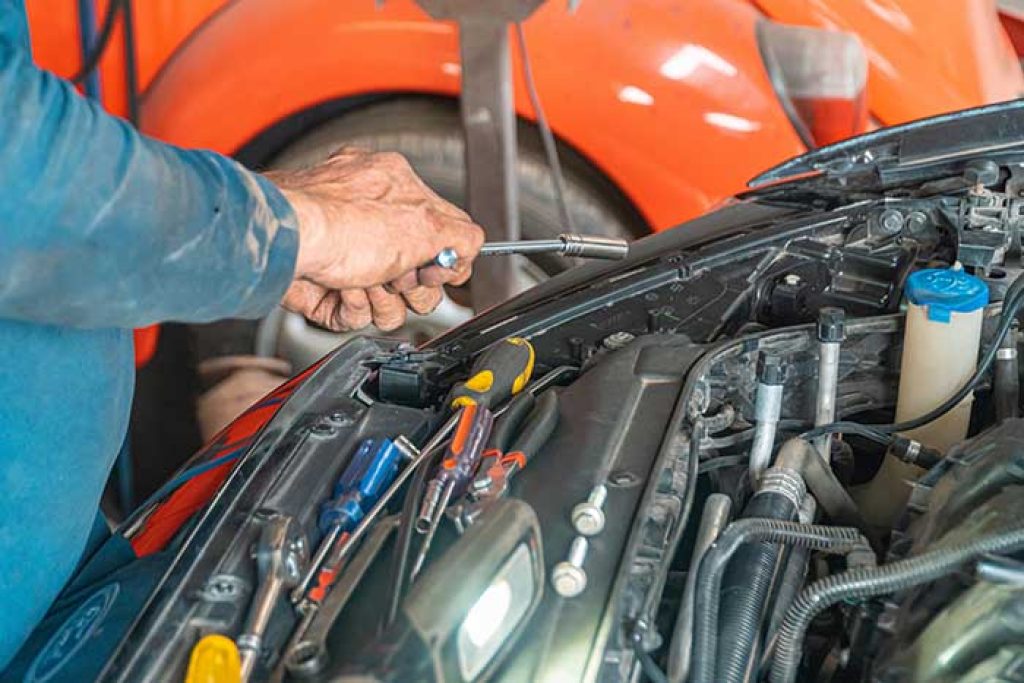